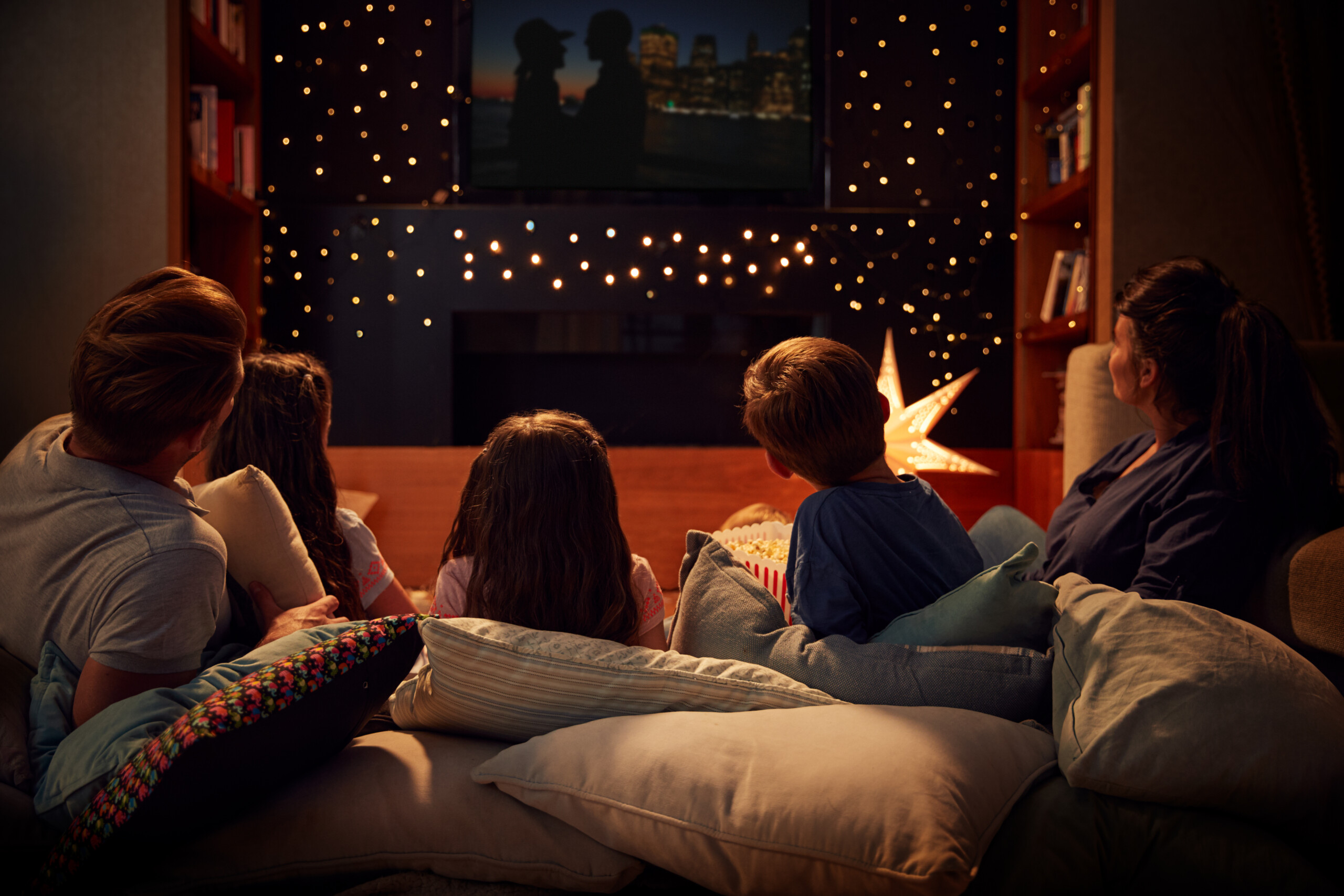 What’s better than cuddling up on a spooky autumn night with your favorite little ghouls? There are dozens of Halloween films your family could fill your haunted movie nights with, and we’ve broken down a few favorites to help you choose a family-friendly flick that’s not too spooky for your sweeties!

When young witches come of age at 13, they head out to offer their services in a new town far from home. Kiki is fearless as she and her cat Jiji find that there is no magic like courage and kindness. True to Studio Ghibli’s style, the animation is simple but beautiful, the story line is layered but easy to follow, and the themes of bravery and empowerment are found in big and small details throughout.

Mary and the Witch’s Flower
Scare Factor: One out of five pumpkins
Now Streaming on Amazon Video

Another Studio Ghibli animation, Mary learns that just because you can wield magic doesn’t mean you should. A powerful plant that has been sought by good and bad witches alike is found by chance one day when Mary is exploring her new home. When the plant unlocks endless possibilities, Mary has to decide whether to destroy it and lose her powers forever, or risk it getting into the wrong hands. The movie deals with the big feelings of wanting to help and take on responsibilities, but not always having the strength and coordination to be as helpful as we like. Mary learns just how much big impact little ones can really make.

While the story deals with the complex topic and emotional fallout of the death of a beloved pet, it also deals in bravery, bullying, and acceptance. The story is overwhelmingly heartwarming, with an eerie animation style. Unlike many child heroes, our main character has the full support and understanding of his parents. This balance takes sad and scary topics and shows children that they don’t have to face them alone.

While the ghosts themselves are animated, this story does deal in the very real topic of premature death. After losing his wife, Therapist to the no-longer-living Dr. Harvey and his daughter Kat move into a haunted mansion to help its current occupants move on (so the nefarious new owners can find the treasure hidden within). As Kat befriends the ghost of a young boy in the home, the team deal with Casper’s angry and rambunctious uncles who also haunt the premises, the scheming duo who now own the property, and the bully making Kat’s new school experience a scream.

The Nightmare Before Christmas
Scare Factor: Three out of five pumpkins.
Now Streaming on Disney+ and Amazon Video

Jack Skellington learns a lesson about being yourself, and finding joy and purpose anywhere you happen to be. The imagery remains awe-inspiring, even as we close in on the film’s 30th anniversary. With a few intense moments, and some slightly gruesome surprises, this film has been beloved by children and their parents since 1993.

We didn’t give this three pumpkins for the jump scares, but more as a caution for some innuendo and suggestive situations. We’ll admit we were a bit shocked rewatching this one as adults, but maybe that just means the suggestive talk went right over our young heads. Outside of the questionable dialogue, this film has become a Halloween tradition for many because of the fantastic scenery, the unexpected heroes, and obviously because of Bette Midler’s ability to cast a spell any time she sings.

Three courageous kids are ready to put an end to the haunted house that’s been eating up the toys, bikes, and balls of neighbor children for more than thirty years. The truth of what brings the house to life is much more unsettling, and harder to combat than the cranky old man they believed was responsible for the disquiet. This film is filled with unsettling imagery and jump scares, as well as irresponsible adults and some crass humor. Many kids are curious about this one, as the animation would have you believe it’s a kid’s movie. We recommend a 10 years and up limit on this one.

Coraline
Scare Factor: Four out of five pumpkins.
Available to buy or rent on Amazon

The often ignored and even more often misunderstood Coraline Jones moves to a new home filled with surprises. When a secret door takes her to a world where all of her dreams come true, she learns to be resourceful, brave, and that sometimes boring is better. An image of her ”other mother” transforming into The Beldam, and three ghost children stuck in the home might make this one a bit haunted for younger viewers, but a great older kid movie night.

11-year-old Norman feels out of place in his small Massachusetts town, but the spirits that only he can see are always there with a kind word for the outcast boy. When he is tasked with ending the town’s curse, he learns that it was cast by a girl who was condemned for being just like him. When the “witch” is unleashed, only Norman knows what it’s going to take to put her to rest, for good.

This story deals in topics like the consequences of false accusations (not that your child should worry about being tried as a witch) and what it feels like to be treated poorly for being different. This is definitely a movie for older children, preferably those with an excellent grasp of what’s real and what’s pretend, and a healthy understanding of death. 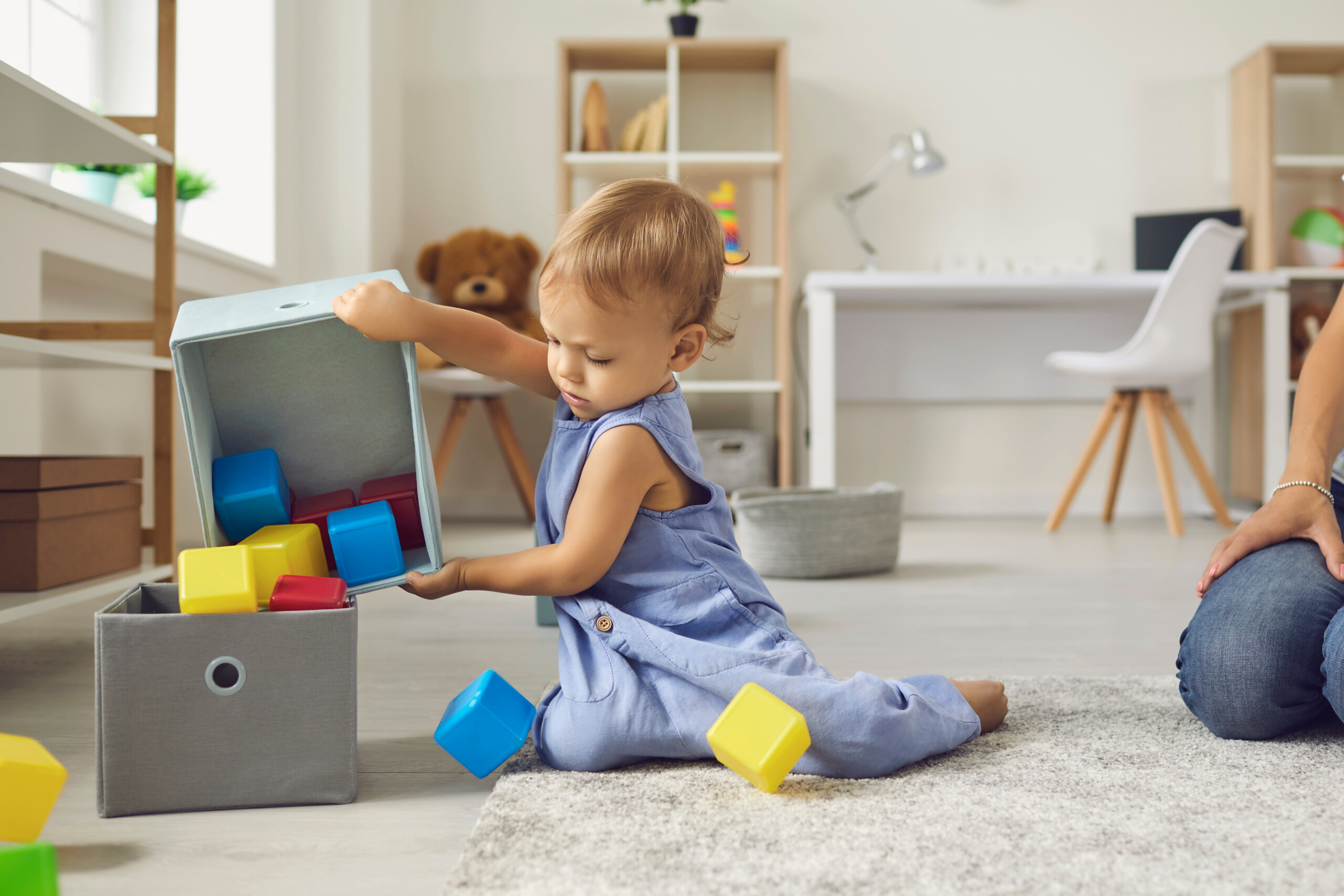 Age-Appropriate Chores and Five Apps to Chart Your Path to Success!

When we first had children, we were somehow under the impression that more of our lives would be spent playing with our children than cleaning up after them. One day we realized that as outnumbered... 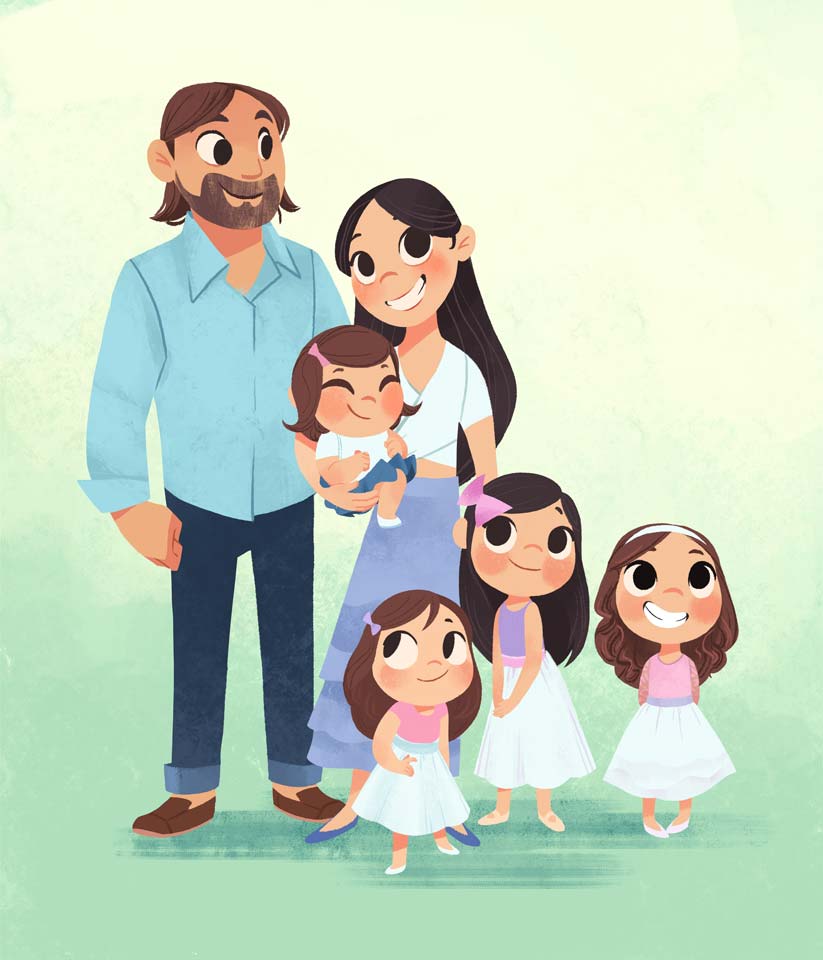 Hi friends! We’re Meghan and Alex, just some regular parents living in Omaha, Nebraska, trying to do the best we can for our four sweet daughters. And we’re the founders of Wonder Bunch Media. We’re...