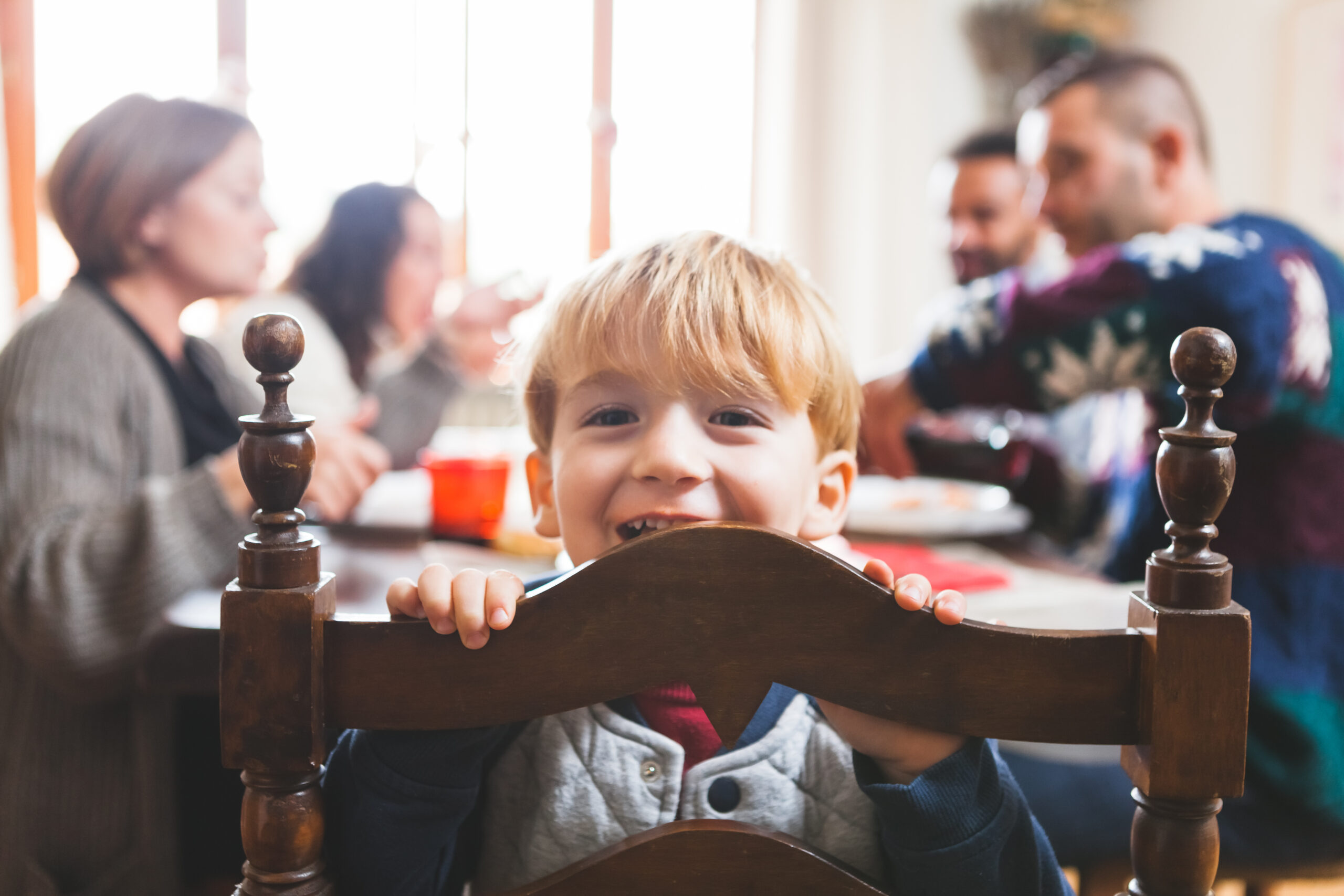 The holidays are here, and they’re bringing so much magic with them! But they’re also bringing family your children may not be familiar with, and so many opportunities to overwhelm kids who may not be accustomed to crowds. Taking this time to allow your child to set boundaries for their bodies is important not only for giving them a truly wonderful holiday, but a firm sense of autonomy and safety.

This week we are looking at the importance of allowing your child their personal space, and a say in who has access to their affection. And, we’re sharing a few tips we’ve learned from the parents who went before us!

Get on the Same Page

You and your parenting partner are not going to agree 100% of the time on things like privileges, consequences, or what to make for dinner, but it is absolutely imperative that children have parents who are 100% willing to back up their boundaries. If one parent is reinforcing the child’s right to say no to physical affection while the other is pushing them to give hugs to avoid being seen as ‘rude,’ this will create a lot of confusion and insecurity for that little one.

While it’s important for children to see their grownups constructively problem solve, when it’s a matter of cementing a child’s security, some discussions are best had without little eyes and ears present.

Some relationships are just too important to leave until the big event. If this will be the first time your children are meeting a grandparent or beloved aunt or uncle, do all you can to set up an introduction before the high-stress big day. Host a lunch at your home, or try to meet in a quiet space before the festivities begin. Be sure to include your child in a video call beforehand if possible so they aren’t truly meeting for the very first time in a crowd.

Have a talk with your child before heading to any event about other ways they can connect with loved ones without compromising their autonomy. Give them options like offering a high-five, a fist bump, or a new family salute to send their love from a place where they feel safe and in control. Never push them to give kisses, hugs, or sit next to someone when they are feeling anxious about it. Previous generations were taught that it’s rude to decline hugs and kisses, and so your great aunt might take it as a bit of a slight. But you’ll be dealing with the ramifications of compromising your child’s feelings much longer than you’ll be dealing with Miss Manners’ confusion. You’re setting your little one up for a lifetime of healthy boundaries by showing them that you’ve got their back.

Everyone might be interested to know that your three-year-old knows their ABCs already (and we hope Letter Meadow has been helpful to them!) or to see your seven-year-old perform the dance recital they missed in the spring. While children thrive on encouragement, a forced performance might just lead to a lot of frustration for everyone involved. Instead of offering your child’s performance, let it be their idea. We’ve all suffered the second-hand embarrassment as a proud parent nudged a blushing child to recite a poem for the family. The thrill of a child getting the attention they’ve asked for instead of struggling under a spotlight they aren’t ready for can truly make or break a child’s confidence.

The average mall Santa makes between $15 and $50 an hour to sit in a chair all day with kids climbing him like a jungle gym. While his lesser-paid elves may occasionally seem a little anxious to keep the kid caboose moving, it is absolutely their job to give your child a magical experience. This does not include forcing a frightened child to sit on a stranger and smile. Instead, try getting a shot of them seeing Santa for the first time from outside the line, waving at him, or giving him a handmade note they’ve made in advance. Get creative with the shot without undermining the stranger danger you’ve worked hard to instill in them. If they feel comfortable taking a picture on the couch with the jolly old elf, wonderful! But if they don’t, doesn’t forcing them kind of ruin the magic?

When Is it a Red Flag?

A child not wanting to hug or kiss a family member is nothing at all to be worried about. In fact, the first people children will withhold their affection from are often the people they love and trust the most. They are testing to make sure that they have the right to say what they do with their own bodies, and will often refuse to hug or kiss a sibling or parent before having the courage to say no to affection from others. Give them the time and space to build that security without bruised egos. After all, affection isn’t a transaction, and can’t be used to quantify how much a child (or anyone at all) loves us.

It’s common for family, especially families who have been missing one another so much over such a long separation, to feel a bit hurt when their affection is refused. That’s ok. That person reacting strongly toward a child for refusing affection is not ok, and it is your place to intervene when voices are raised, pressure is applied, or physical space is invaded against your child’s wishes.

For many little ones, this will be their first holiday with extended family. Or at least, the first they remember! While their older cousins, aunts and uncles, grandparents, and friends have been keeping up with their budding personalities via social media and conversations with you, to a child, these are very likely strangers. Give them time to get comfortable in a room, introduce them to each person slowly instead of bombarding them with 20 new names they won’t remember, and be sure there is a quiet space to regroup if it starts to get a little overwhelming.

Giving you and your child a chance to reset after so much stimulation is always a good idea, and will give them an opportunity to begin to really connect with the people you love so much. A lot has always been asked of little ones, but never quite as much as in the last two years. Remind them that they are doing a wonderful job – and remind yourself once in a while, too, while you’re at it!

Most of all, remember that the holiday isn’t a series of checklists, but a chance to reconnect with loved ones and celebrate. However you’re celebrating this season, we are thankful for the many ways you are teaching, providing for, and loving your little ones. We can’t wait to see the world when it’s being run by such loved leaders! 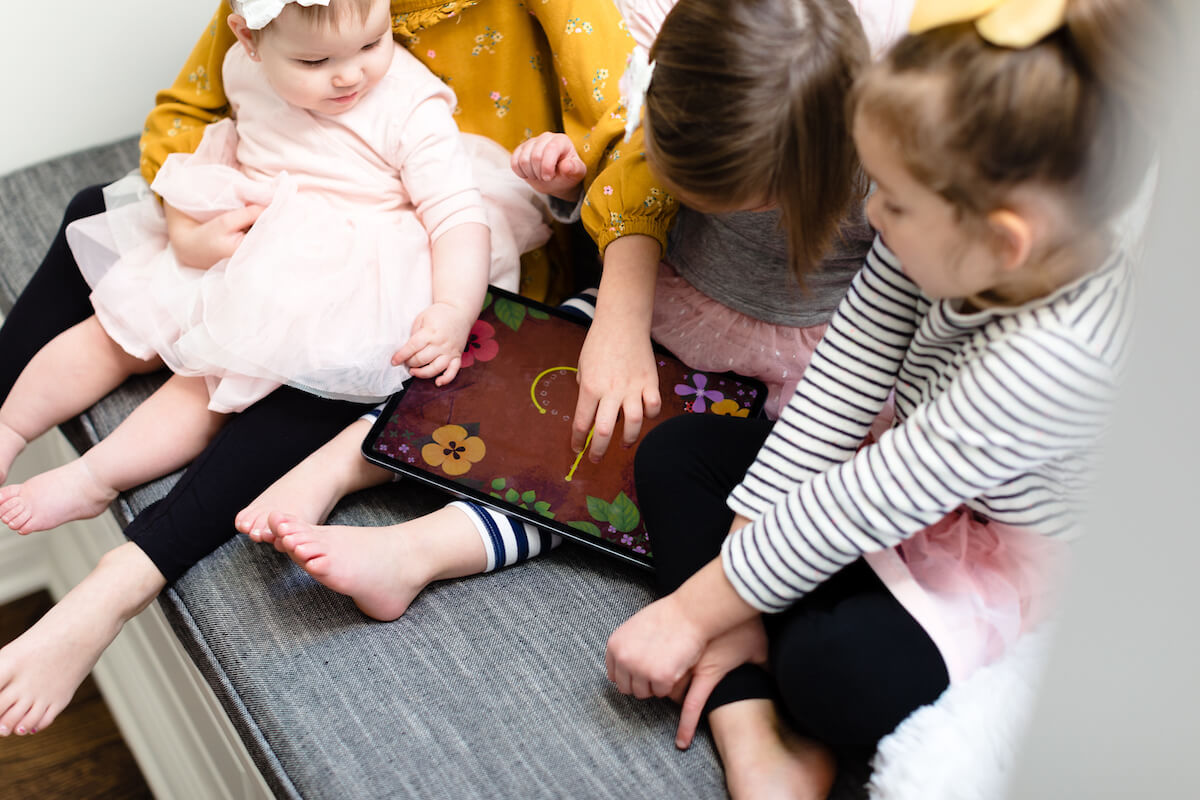 Watching my girls come home from preschool and kindergarten so excited about what they have learned that day has got to be one of my favorite parts of being a mama - hands down! The... 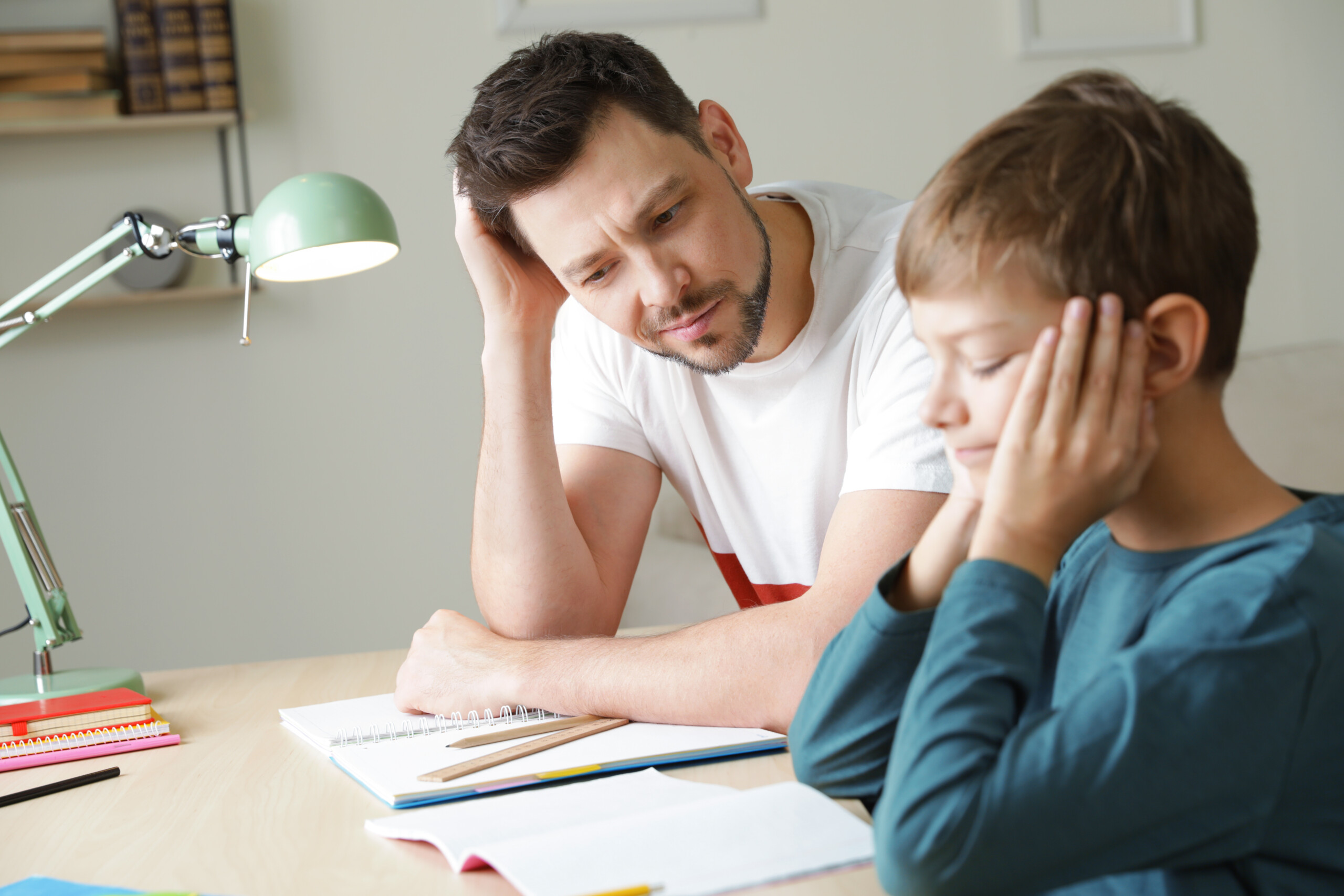 School is in session, and that means homework might be creeping its way across your family’s evenings. We all know the cliché of a frustrated parent yelling PEMDAS at a crying child, but this is...